← more from
Randy McStine
Get fresh music recommendations delivered to your inbox every Friday.
We've updated our Terms of Use. You can review the changes here. 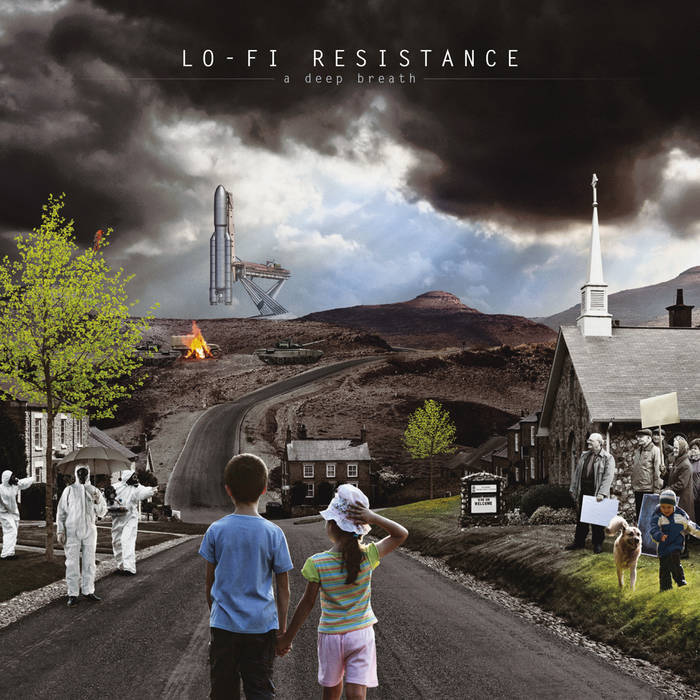 ProgSympho This song is from his other album Chalk Lines (2012): youtu.be/-JbYFt9nGgc

Founded in 2009, Lo-Fi Resistance is the creation of songwriter and multi-instrumentalist Randy McStine. Setting up a small studio in his Upstate New York apartment, McStine started Lo-Fi Resistance at the age of 20 with no clear agenda. As he scraped together money from solo gigs, guitar lessons, and mowing lawns, Randy started writing and recording the band’s debut album in April of 2009.

Initially performing all of the album’s instrumentation himself, Randy eventually decided to bring in outside support for the drum tracks. McStine blindly reached out to ex-Spock’s Beard and Tears For Fears drummer Nick D’Virgilio to fill the seat. D’Virgilio would not only perform on most of the songs, but also offer and accept the role of mixing the entire album. Amongst other additional musicians, McStine enlisted longtime vocal favorite and personal friend dUg Pinnick (King’s X), for the end of a song entitled “Moral Disgrace.”

As recording sessions for the new album wrapped up in late 2009, Randy McStine named the project Lo-Fi Resistance. The debut album, A Deep Breath, was released on April 6th, 2010. Praised for its unique blending of Progressive Rock, Power Pop, and Singer-Songwriter flavors, the album has drawn comparisons to diverse artists such as Todd Rundgren, Roger Waters, Yes, Crowded House, and The Police.

“Unique, impactful, and a cut above almost anything you’re listening to right now.”
- Not Lame Records

" 'A Deep Breath' is more than just one of the best debut albums I’ve ever heard; it’s also a serious contender for album-of-the-year. This is a fantastic record."
- Jordan Blum, Adequacy, Sea Of Tranquility

" 'A Deep Breath' is full of the kind of bold, engaging, complex songs and superb playing that marks the best prog rock. McStine’s continuing evolution as an artist is going to be a lot of fun to watch—and listen to."
- Jason Warburg, The Daily Vault

With:
Nick D'Virgilio-Drums and Percussion (except 4, 10). Additional vocal on "Too Simple"

Recorded between April 2009 and January 2010
Mixed by Nick D'Virgilio at The Garage-Rancho Cucamonga, CA
Mastered by Mark Hornsby at Java Jive Studio-Nashville, TN

Bandcamp Daily  your guide to the world of Bandcamp